The S-Bahn ring has long been understood as dividing line between the inner city, with its high rates of influx and gentrification processes,and the rest of Berlin. After the land, building and rental prices accelerated enormously, it’s the administrative border between Berlin and Brandenburg that is now coming into focus. Here, a new ring of suburban ghettos could emerge in the coming decades, making any sustainable planning of the BB-habitat impossible.

The Berlin Outer Ring, an almost forgotten freight railway line circling former West Berlin, could be thought of as an infrastructural key piece to build up new districts and to integrate Potsdam and the easternmost districts into Berlin’s polycentricity. Keyword triggered: The 4thring we introduce is taken from Christoph Strohschein and Vittorio Gregotti’s polycentric development model for Berlin/Brandenburg. Attached to a60-kilometer radius around Berlin they treat Brandenburg cities as if Berlin districts and the other way around. 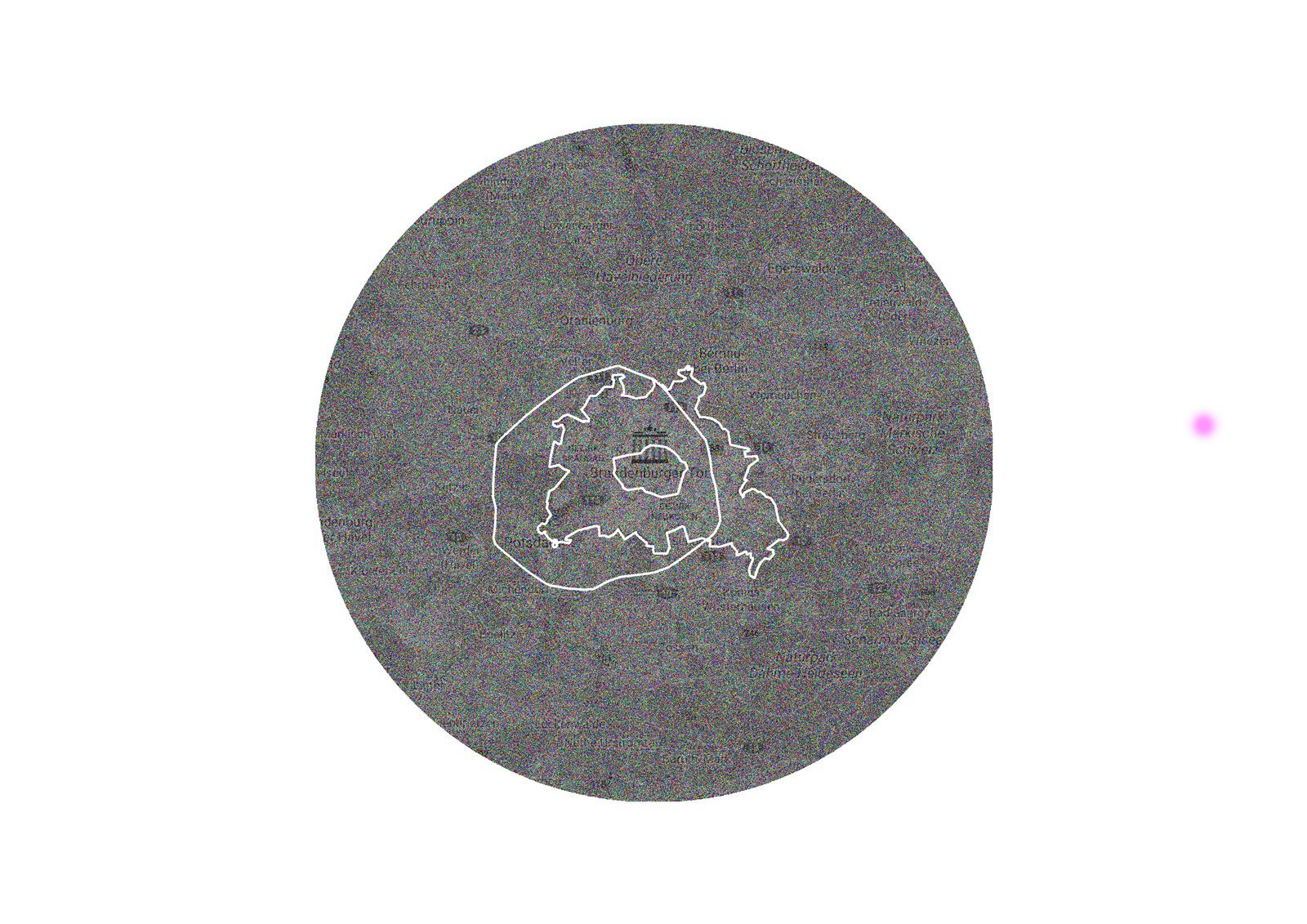