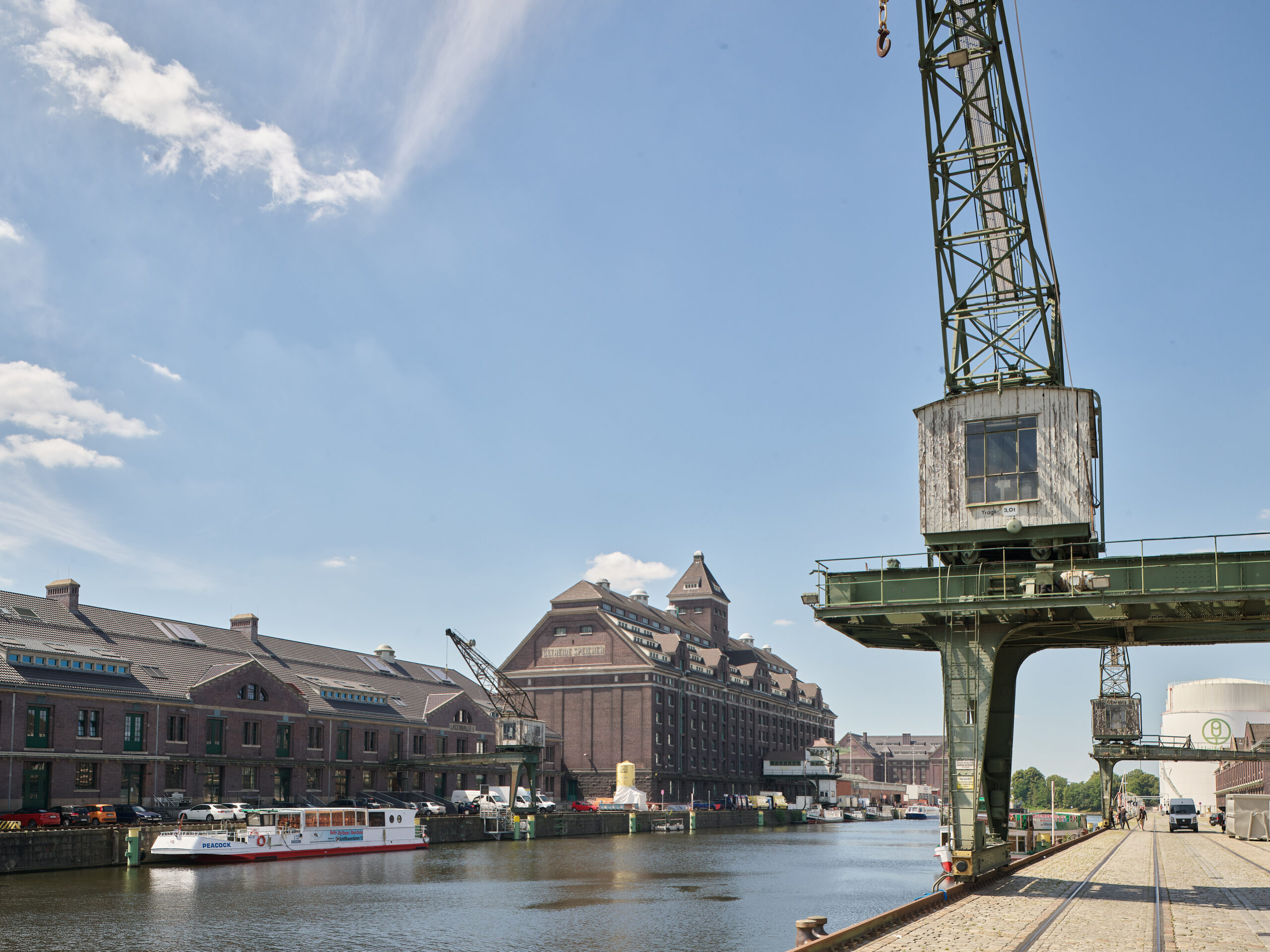 The production and distribution of all sorts of goods is increasingly organized within global networks. Complex infrastructural arrangements connect dispersed logistics areas and production locations within cities and urban hinterlands worldwide, enabling the circulation of commodities and the exploitation of spatial difference from the urban to the planetary scale. These infrastructure systems have massive impacts on urbanization processes and the urban form by creating splintered landscapes of connectivity, altering or reinforcing patterns of socio-spatial inequality.

In this seminar, we explored the spatiality and architecture of physical infrastructures enabling commodity flows, their operating modes, local and translocal urban impacts. Research debates on infrastructures of connectivity and urbanization were introduced through a series of readings in architecture (LeCavalier 2016, Lyster 2016) and urban studies (Graham 2001, Kanai and Schindler 2019), political economy (Harvey 2001, Brenner 2016), human geography (Kleibert and Horner 2018, Cowen 2017) and anthropology (Carse 2017, Tsing 2016), covering different geographical contexts in the Global South and North. By discussing this literature rooted in different strands of critical theory and case study research, it was our aim to build a sensitivity regarding the socio-economic relations and power structures embodied in the built infrastructures of commodity production and circulation.

This report presents six case studies on specific infrastructure buildings or spaces in the context of commodity circuits, and their (trans-) local interplay with urban development. They are the result of participants’ group research and mapping projects in response to the seminar’s central research questions.

1. How do specific buildings or built forms function as physical infrastructures enabling the production and circulation of specific commodities?

2. In which ways do these architectures and commodity circuits interact with urbanization processes?

Panels follow a matrix of five scales of investigation describing product, production network, infrastructure network, architecture and urban compound. The report can be downloaded and will be represented with a case example.

Of the passengers flying in and out of Berlin-Schönefeld airport every month (FBB “Traffic Statistics” 2019), how many are aware of the network of actors and infrastructure behind the scenes enabling this action? Perhaps not many wonder how many tonnes of fuel are needed for a standard flight or don’t know that jet fuel is not the same as kerosene.

The difference between kerosene and jet fuel lies in the additives used to improve the fuel properties for flight operation, especially at high altitudes, and to prevent damage to the turbines. After the distillation process in the refinery is over, it is vested into a storage tank to then be transferred into tanker trains, tanker trucks, tanker ships or pipelines.

Once at the airport, the fuel is stored in tanks, which have water drains at their lowest point. When it comes to storage, the ‘water phase’ is the main concern. First, any surface active ingredients in the fuel will migrate to the water, thus disarming the filter separator. This would allow a slug of water into the aircraft. Second, it will foster the appearance of bugs and bacteria, which could then be pumped into the aircraft and damage the engines. However, if the proper conditions are met, fuel can be stored indefinitely (Visser 2011).

Tanker trucks pick up the fuel directly in the tank farm and then head back to the boarding gates, where the plane will be waiting for them and, probably, the passengers, too.

The production network of Jet A1 fuel for use in Berlin-Schönefeld airport involves a complex cooperation of numerous national and international actors. Large-scale infrastructure and industrial complexes such as pipelines, refineries and ports are invariably owned and operated by holding companies representing at least one of the world’s largest oil companies, while smaller scale sections of the production chain, such as distribution by road or rail, are usually taken care of by smaller domestic or local firms. Schwedt’s PCK refinery was established as a state company in 1958 by the GDR. In 1991, fifteen years later, it was privatised and sold to Veba Oel AG, DEA Mineralöl AG and AET-Raffineriebeteilungsgesellschafts mbH (PCK “History”).

In more recent times, the Dutch oil company Shell and the Russian-state company Rosneft were joint major shareholders of PCK with 37.5% each, until 2014, when Rosneft bought TOTAL’s 16.6% ownership, thus positioning themselves as the most dominant PCK shareholder (Rosneft 2015). This Russian company not only holds shares in this refinery, but also in four others in Germany (Kloosterman, Mamadouh and Terhorst 2018).

Rosneft is an example of a leading global firm playing a key role in shaping and coordinating global production, attempting to strengthen its position in one of Europe’s most efficient refining centres and to use the opportunity to serve final customers in its most important market.

Fig. 3 'From Russia to Schönefeld: the Friendship Route'

Since 1964, the Druzhba Pipeline, also known as the Friendship Pipeline, has been operating as one of the largest in the world in terms of length and production capacity.

More than 5,500 km long including all its branches, Druzhba supplies 25% of Germany’s crude oil via its Northern branch (PCK “Our PCK”). Crude oil’s journey from the drilling point in Russia’s Ural region to Schwedt in Germany takes approximately three weeks.

Once there, the PCK Refinery produces Jet A1 fuel for Tegel and Schönefeld airports in Berlin. The refinery can additionally be supplied with crude oil via pipeline or rail from Rostock.

Jet A1 is a relatively minor product of Schwedt’s PCK refinery, which supplies 90% of Berlin’s gasoline and diesel, supplied via the 78 km long Seefeld product pipeline (PCK “Divisions”).

All aircraft departing from Berlin-Tegel Airport have Jet A1 from Schwedt in their tanks; PCK supplies Berlin-Schönefeld Airport with 80% of its fuel (PCK “Divisions”).

Tegel airport is supplied every day by 30 road tankers of 34,000 litres each and Schönefeld is supplied by railroad. Annually, a total of six million products are sent by rail; every night, 17 trains with 20 wagons each depart from Schwedt (“Produkte und Vertriebswege der PCK Raffinerie in Schwedt”).

The tank farm at Schönefeld airport comprises three areas separated by roads. In the central one, we can observe a typical tank layout composed of three tanks, each one of them serving a very specific purpose: “[o]ne tank is used as a receiving tank and accepts new fuel loads; a second tank acts as a holding and settling tank to allow time for contaminants to settle; and the third tank is called the operating tank from which fuel is drawn for daily use” (Quilty et al. 2015).

To its left, there is an empty piece of land where the expansion of the tank farm that will serve the new airport is going to be. There is an extra set of train tracks already built in-between the two plots.

To its right, there is a TOTAL gas station, a fast food restaurant and a small complex of several buildings containing the offices of THBG BBI group, who operate the farm. On the bottom right we find the central checkpoint entrance to the compound.

Surrounding this complex we find a road that connects it to the runways. This is the path that the tank trucks take to refuel be fore heading back to the gates, where they will serve the planes before takeoff.

Schwedt is a small industrial city in northeastern Brandenburg, Germany. In 1958, with the commissioning of the PCK refinery, Schwedt was to transform into a centre of the GDR oil industry and, accordingly, the tiny war-devastated city was chosen by GDR leaders to become one of four new “Socialist Cities” (Kleiner 2015).

The building boom that corresponded with the city’s growth was based on a pragmatic masterplan of prefabricated concrete GDR Plattenbau buildings.

Since German reunification, Schwedt, like many towns and cities in the former GDR, has been steadily shrinking, requiring the removal of derelict housing blocks. As a result, 11,000 homes have been demolished since 1990 to create space for lower density housing, mixed-use developments, forests and open spaces (Rehmann 2014).

The reasons for Schwedt’s shrinkage are likely to correspond with other former-GDR shrinking cities, yet it’s also possible that Schwedt’s monotonous environment of pragmatic industrial urbanism is also to blame, with its lack of amenities and urban functions (Kleiner 2015).

Schwedt’s decline also corresponds with a gradual decline in Germany’s oil consumption, which could be attributed to environmental regulations and improvements in fuel efficiency — despite huge and sustained growth in the number of flights since 1990, Germany’s consumption of jet fuel has remained roughly stable since 2006 (Pfeiffer and Wigger 2018).