Studio: Infrastructures of Consumerism I SS2020 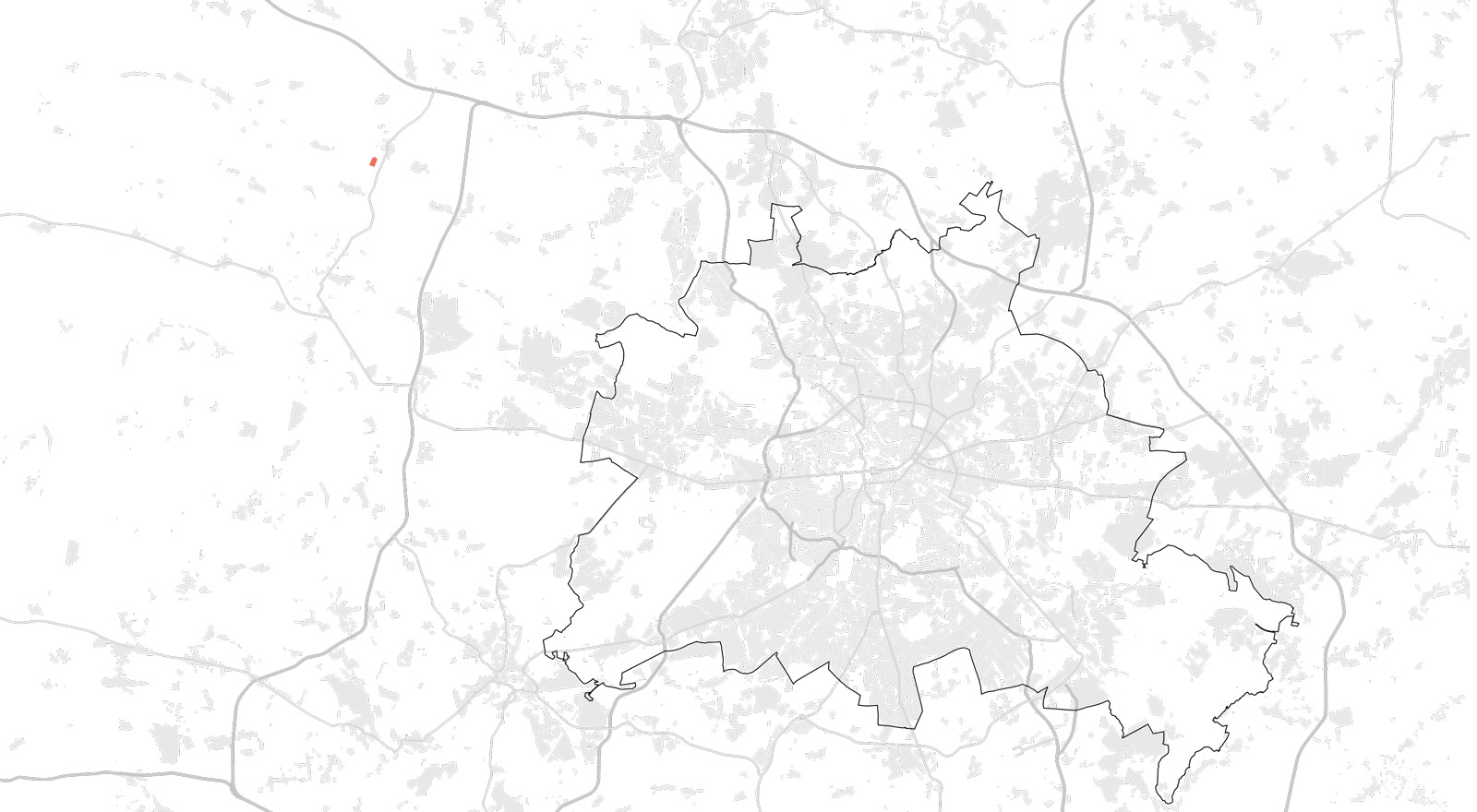 For this task I tracked a silk blouse I ordered from Zalando. The tracking history started at the DHL hub in Neustrelitz, which is one of the main DHL freight centers in Germany. The average number of packages processed there daily is 200.000 and during Christmas time up to 400.000.

Some hours after the parcel was announced to DHL, it arrived and was processed at the DHL hub in Neustrelitz. Which means the parcel could have arrived from the Zalando warehouse in Szczecin or Brieslang. Brieslang is more probable, because Szczecin is in charge of northern and eastern parts in Europe outside of Germany. But if the parcel really came from Brieslang, why would it be taken it all the way north to Neustrelitz, when there is a DHL freight center just 20 km away in Börnicke?

Zalando manages its returns mostly in Neustrelitz, so it could also be possible that my item was a return piece.

As mentioned before, the next log in place was Börnicke, around midnight. Usually parcels are moved by trucks which mostly drive between 21:00 and 01:00 o clock to avoid traffic. In Börnicke the parcels are sorted by postal code. This hub is responsible for all districts in the north of Berlin, with a maximum sorting capacity of 32.000 parcels per hour. The packages are further loaded onto trucks and driven to the next step: the delivery base.

This step is not mentioned in the tracking history. But after researching, the base for my parcel was probably the delivery base in Reinickendorf. From there at 10:00 a.m. the package went its last step. It was loaded onto the delivery van and 2 hours later the driver put it in the Packstation 254, Drontheimer Straße in Berlin Wedding. 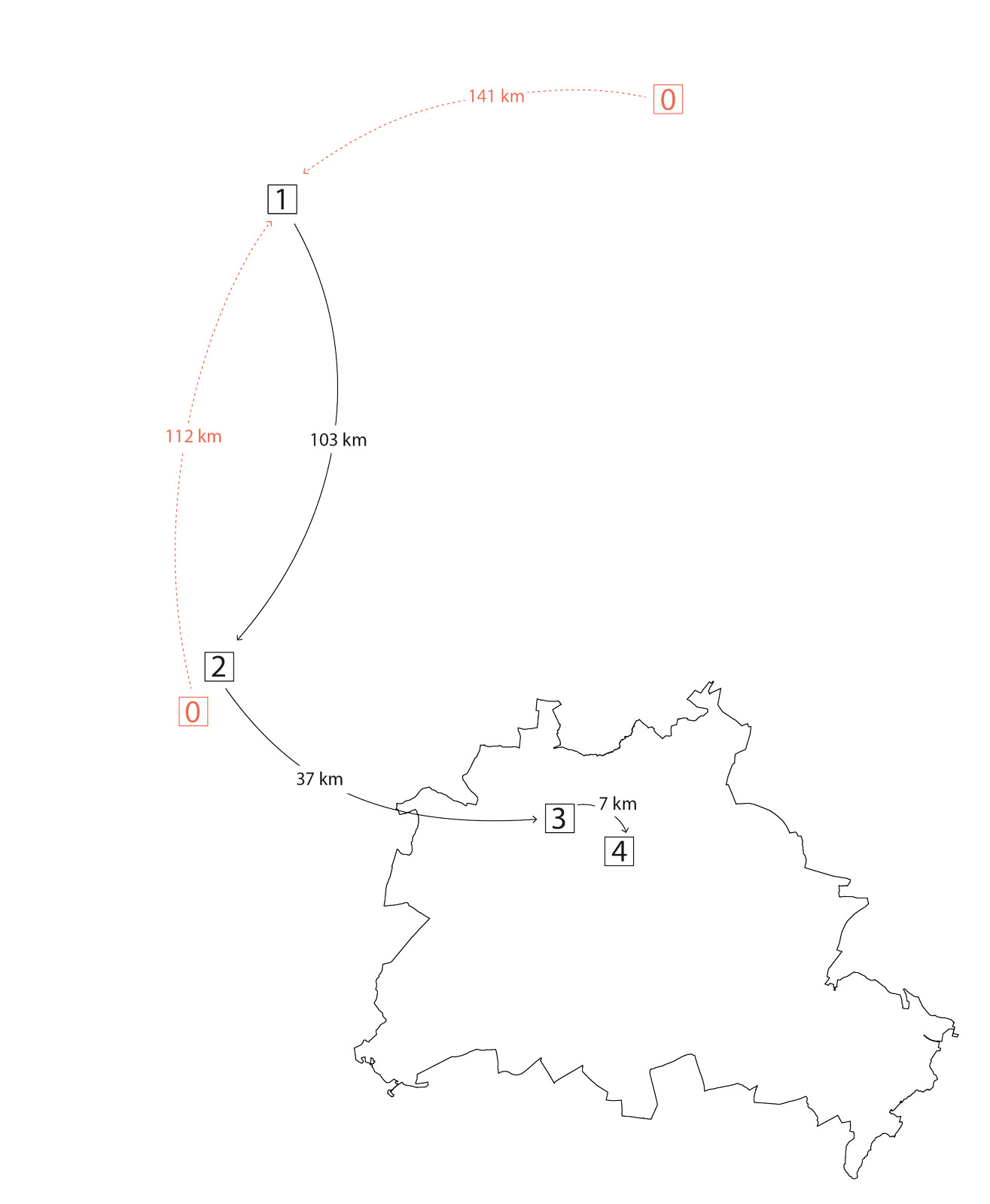 Four days passed from ordering the item until receiving it. It took DHL only around 25 hours to deliver the package.

A projection by the The Öko Institut e.V., Deutsches Clean Tech Institut shows that the carbon footprint of online shopping often is lower than a person driving to the shops, even by bike, but it does not count the millions of tons of packaging material used every year.

Unfortunately, in clothing, more than half of the orders are returned. It requires a lot of energy, labor and money to check all items. Often just half of them can be resold, the rest is destroyed or sold to other countries.

Small businesses, even if they offer online shopping cannot compete with big stores, which could lead to closing stores in the city center. Shopping as a social activity is shifting towards social media (social shopping).

Also, delivery drivers have to work under a lot of pressure. Often, they are contracted through sub employers, where the drivers are exploited, by working unpaid overtime and being poorly paid. 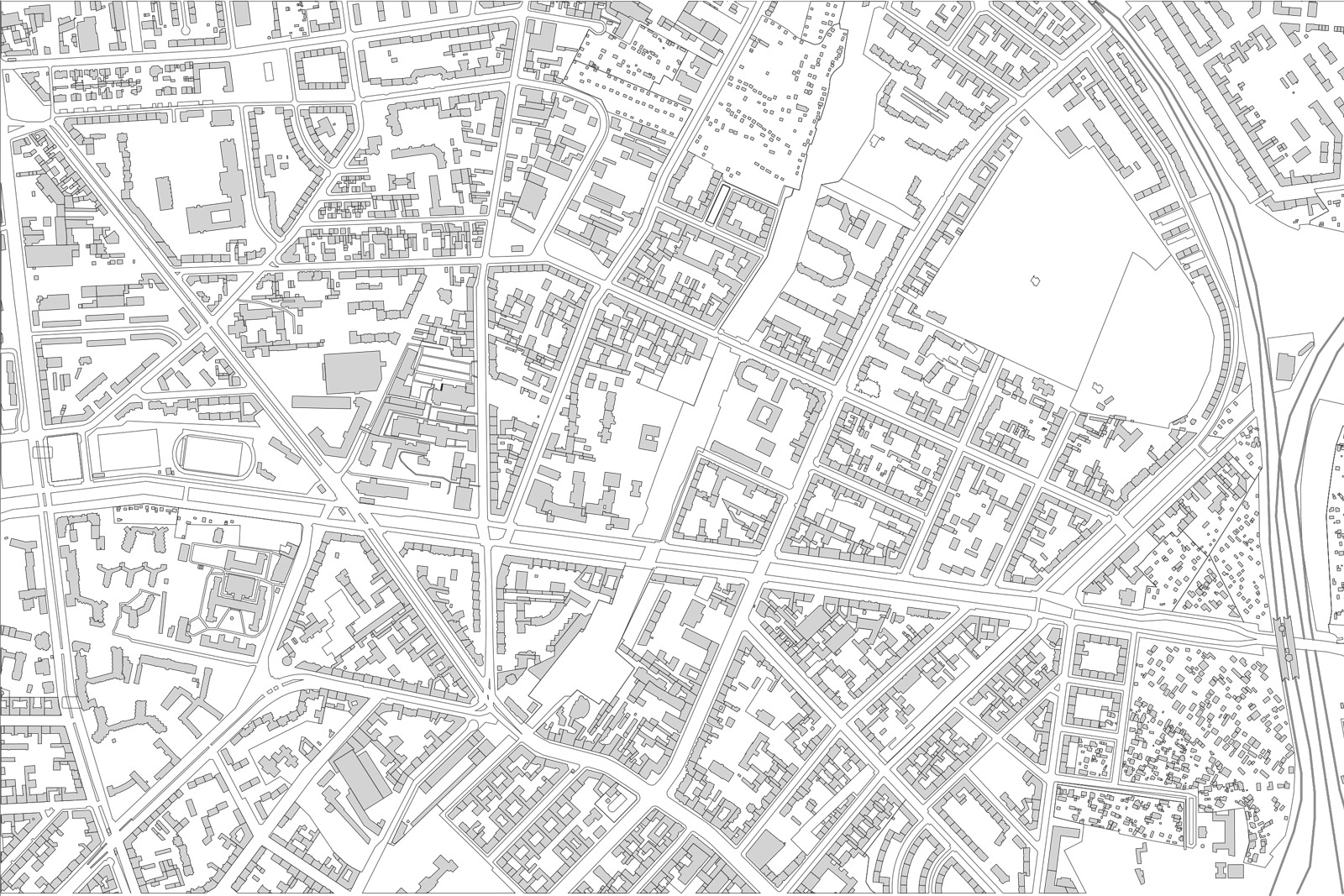 With each step my package took, the DHL infrastructure got more and more embedded in the urban fabric. Also, its scale adapted more and more to the surrounding buildings. It shifts from an alienated enormous hub sitting on an island in a rural area, to a more than 10 times smaller delivery base in an industrial area with same scale workshops and other warehouses, to finally a small packet station with around 150 lockers located strategically (parking, 24 hours available) in the dense city. 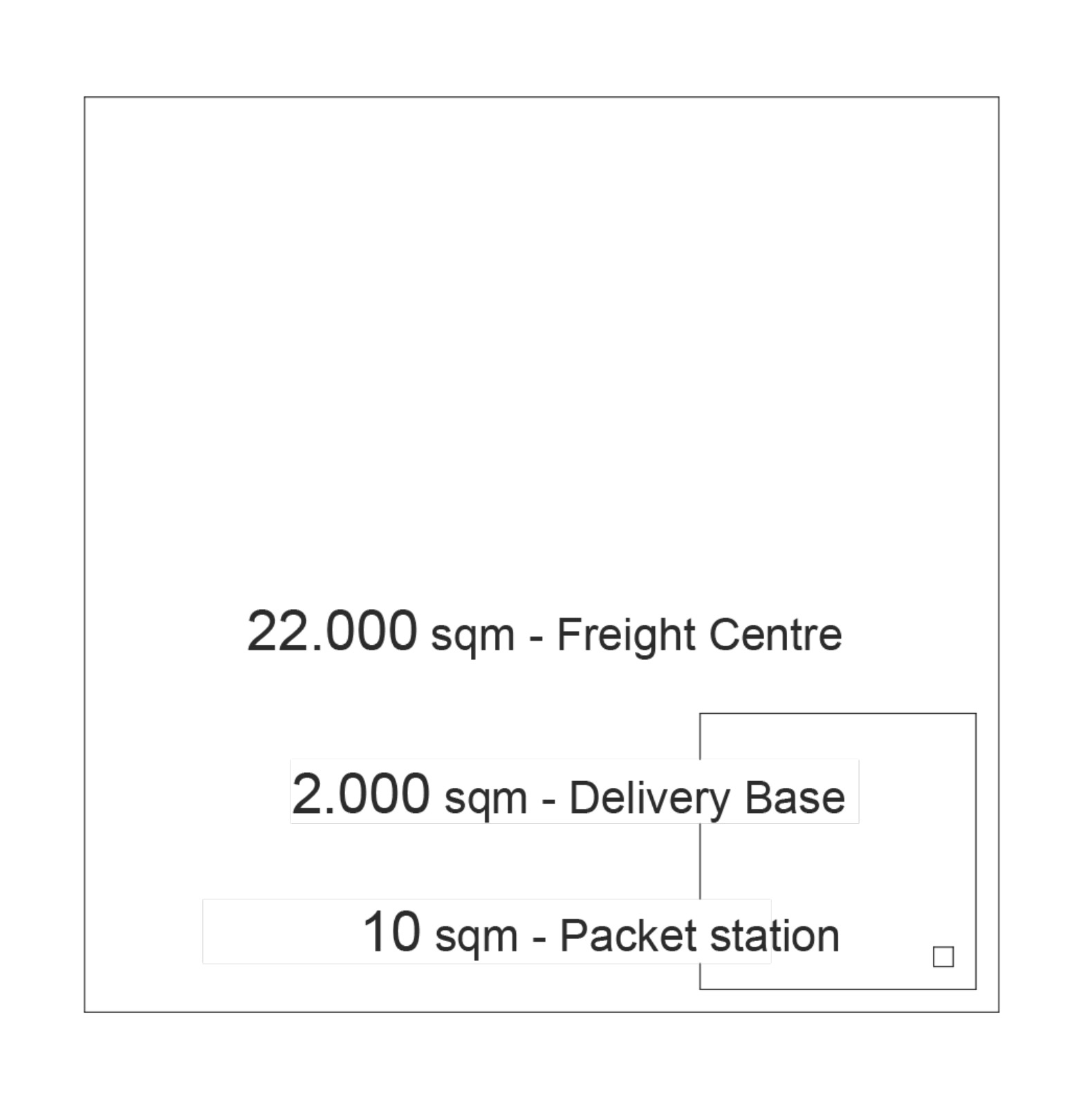 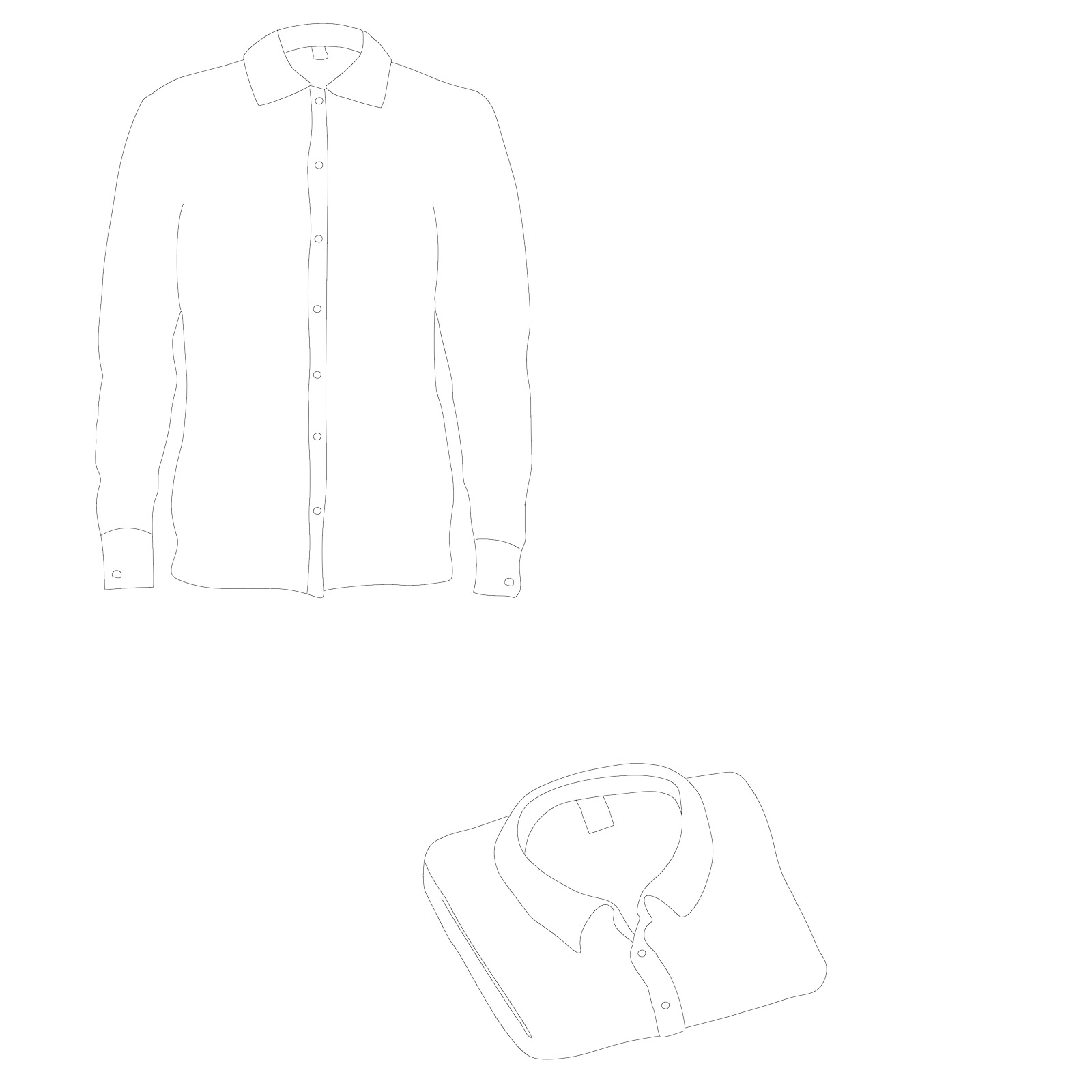 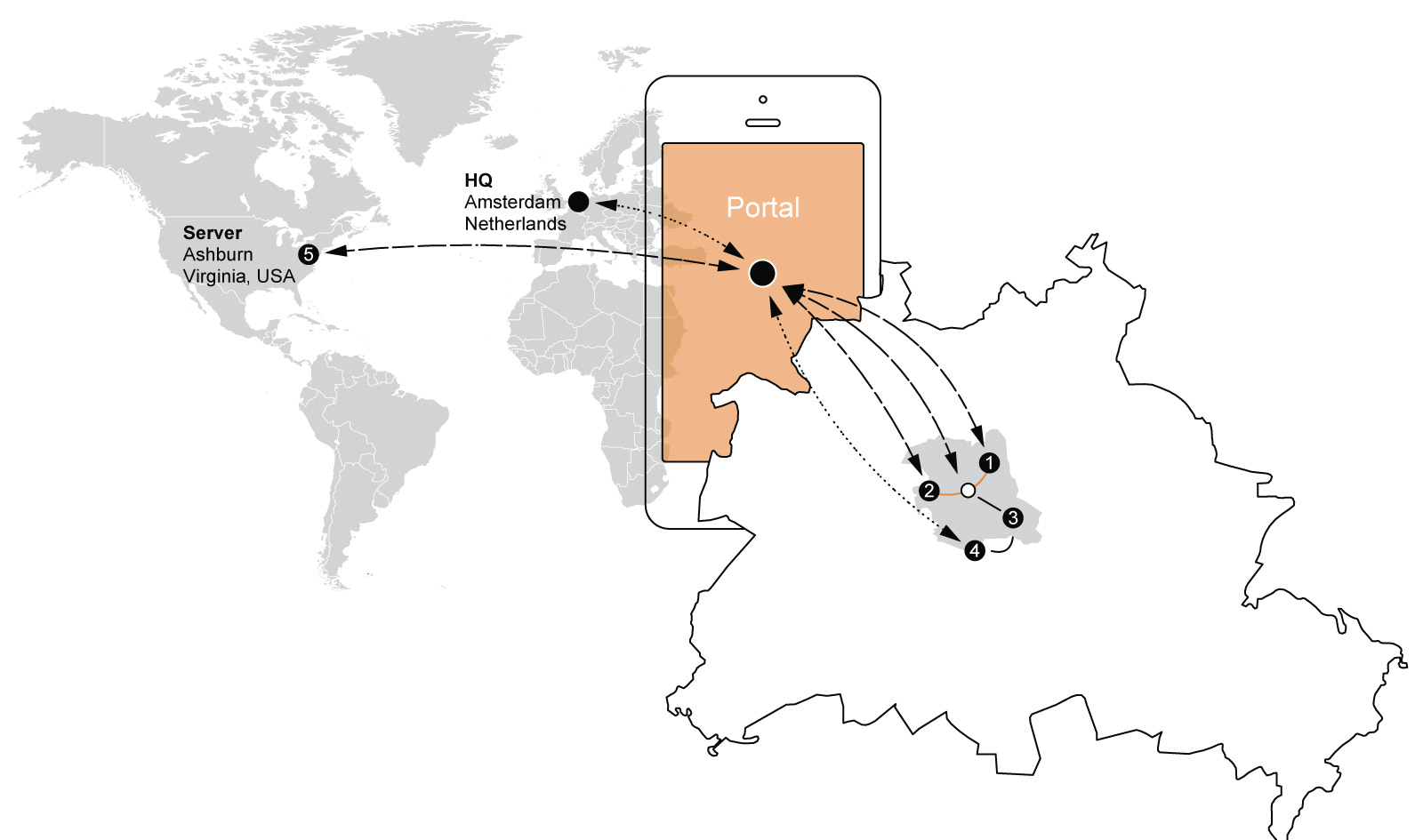 Takeaway.com is a Dutch dot-com company specialized in online food ordering and home delivery. It nowadays operates under the name Lieferando in Germany. It’s core service is to offer an intermediary online portal between the customer and the restaurants, where customers can order food online from restaurants’ menus, and have it delivered by the restaurants directly to their home. In early 2020 takeaway.com merged with former competitor Just Eat and is now the biggest food delivery company in Europe. As a result of the merge it has become the sole provider of door to door delivered food in many of the 10 countries it operates in.

Although the driver's contracts vary from country to country the basic system on how deliveries are processed stays the same everywhere. When an order is placed by a customer it is sent to the chosen restaurant. Which restaurants are available is limited by the distance (mostly no further than 15 minutes door to door) to the customer. As soon as the food is prepared and packed the nearest driver is informed, that the commodity is now ready to be picked up. This driver does not necessarily have to work for takeaway.com but can also work directly for a specific restaurant. 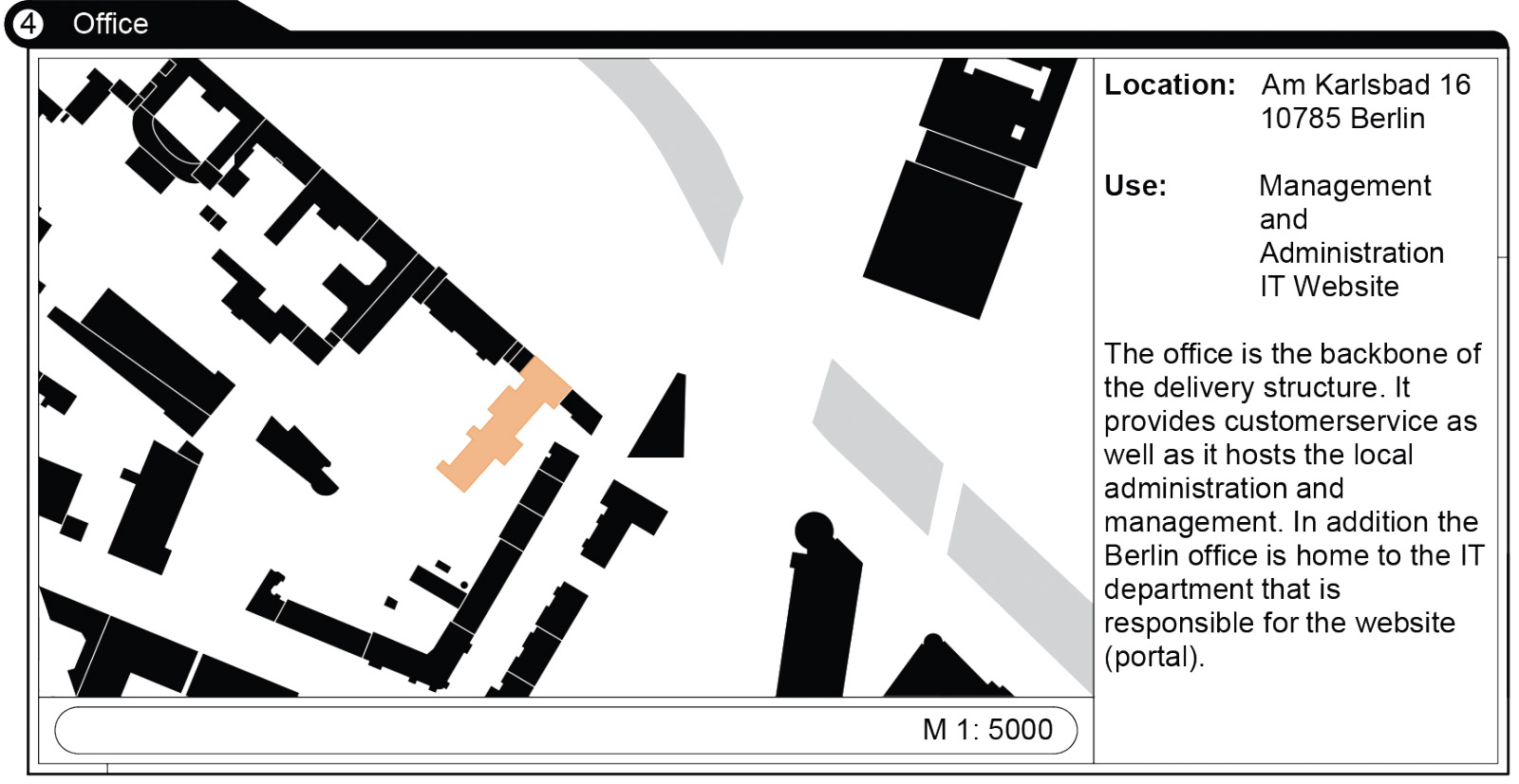 The provision a restaurant has to pay to takeaway.com for every order differs according to if the service is provided or not. The driver then receives the location of the recipient on his smartphone and drives to the location (mostly by bike but in some rural areas by car) without any further stops. 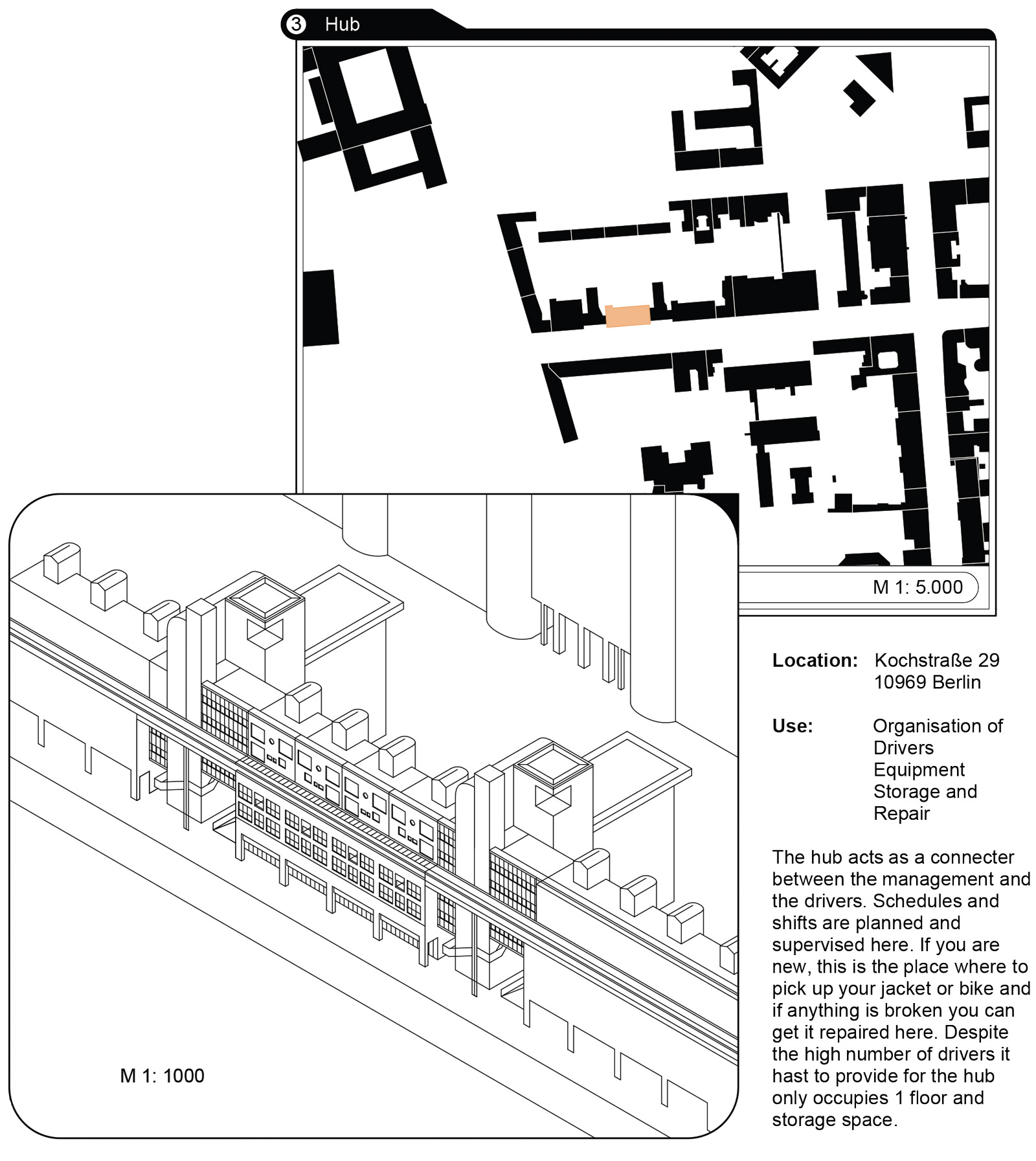 The drawings investigate this process and the structures needed to run it in regards to how Lieferando operates in Berlin. This case in so far special as Germany and Berlin at is center, is one of the biggest markets for takeaway.com. Its sheer size requests additional offices on top of the usual infrastructure  to administrate the number of orders and  demands. 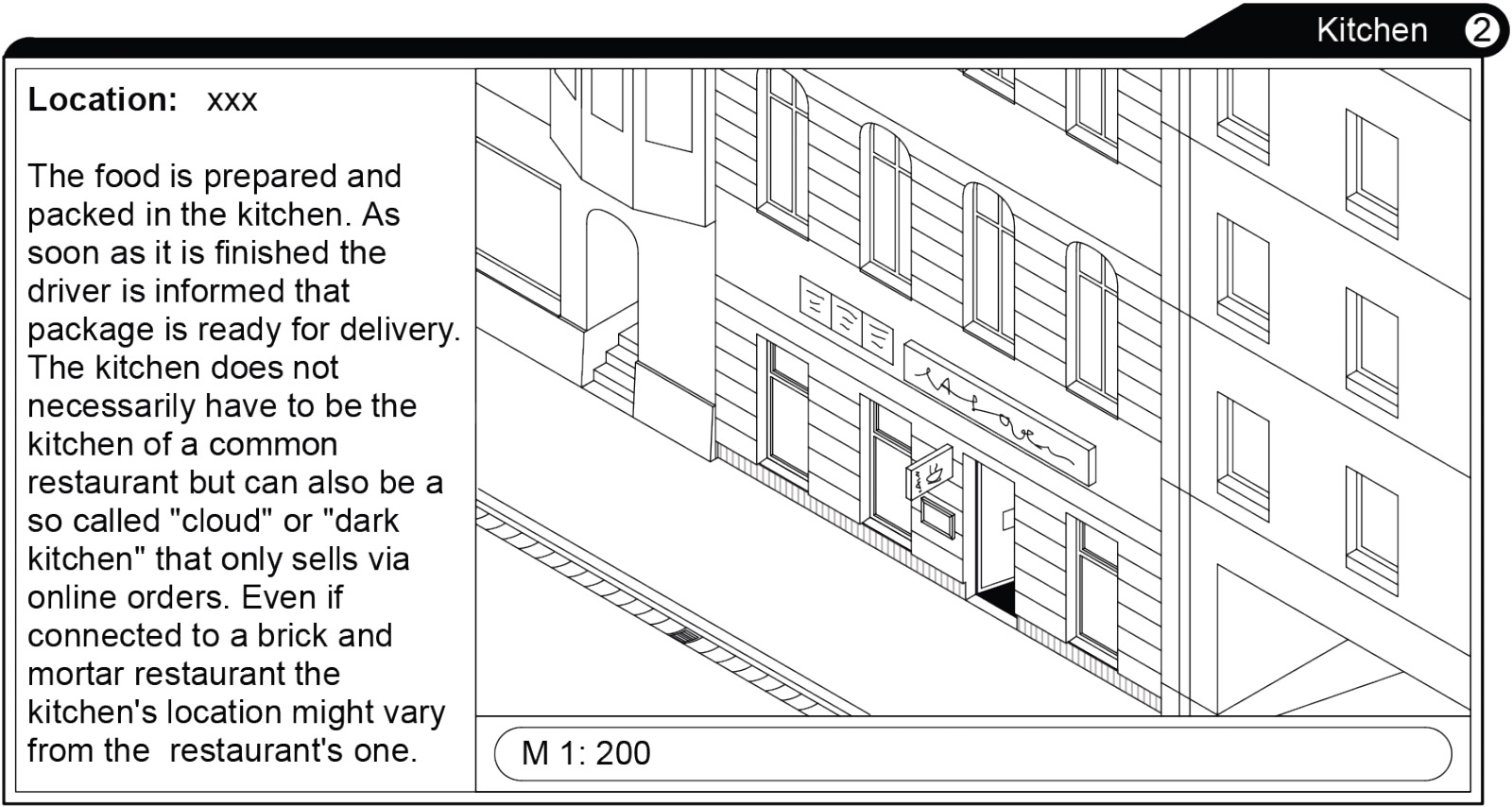 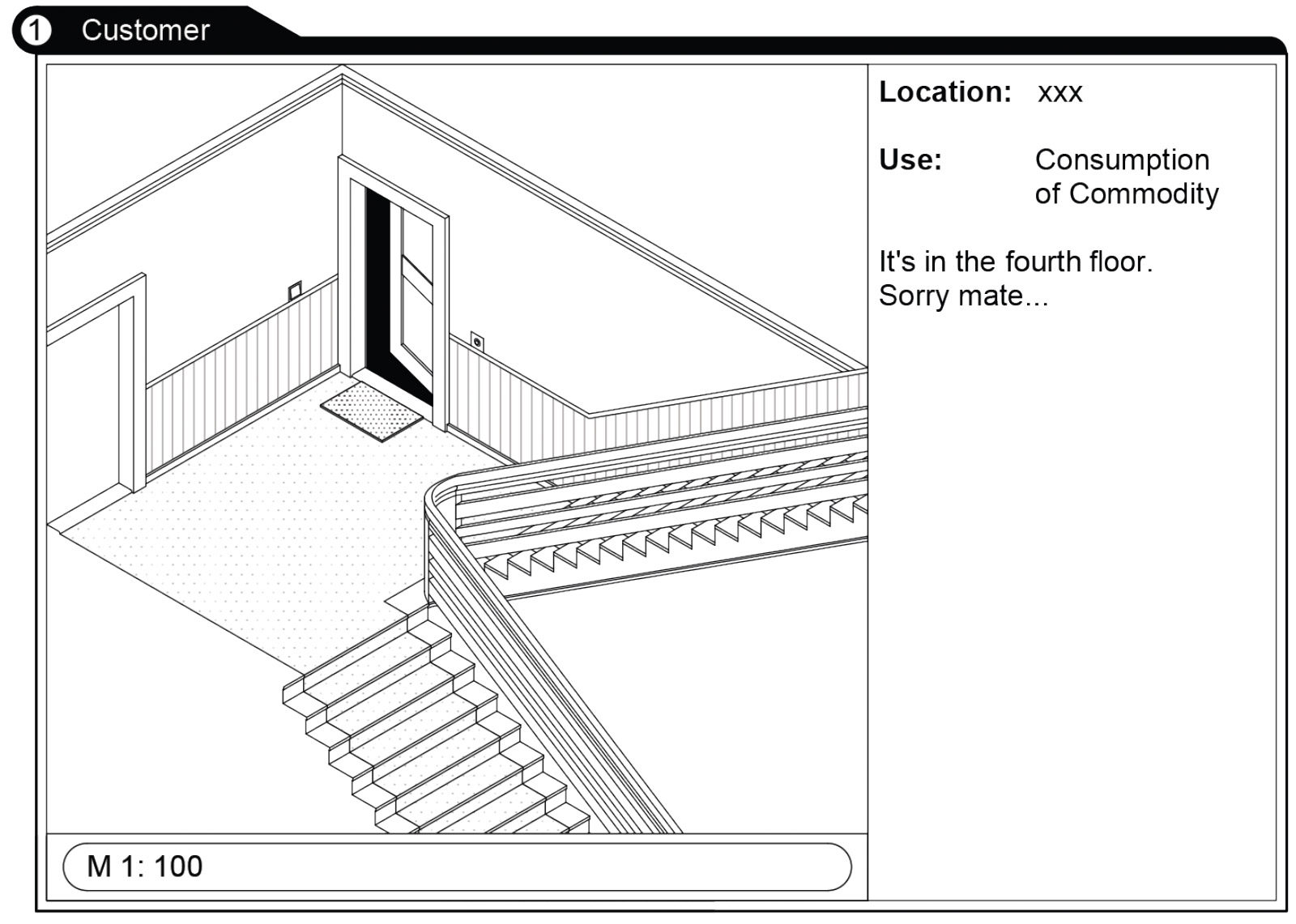 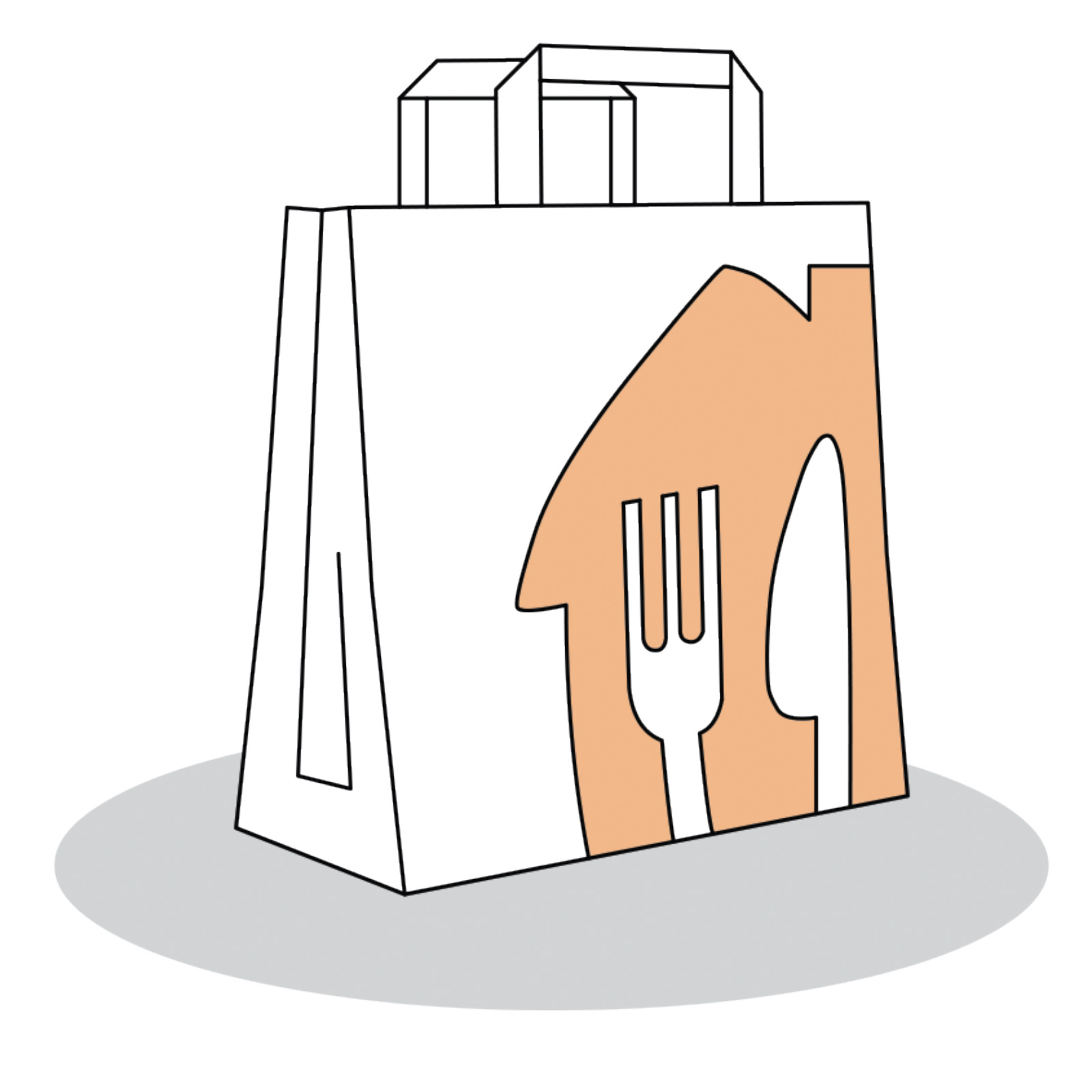