Cemetery: a place of mourning, remembrance, commemoration. In a more secular light, it is above all a place of retreat from the hustle and bustle of the city, the last green in the middle of the city. Burial grounds have existed since the 4th century. With the various social models, the location of the burial grounds has always changed and with it the structure of the city; compared to 1980, the demand for burial plots has halved.

Berlin's roughly 200 cemeteries equal in area to about 960 soccer pitches, 290 ha of these are to be released for conversion. While this mainly concerns partial areas, a few cemeteries will be closed completely; burials will no longer take place there and the future of the respective areas is unclear as, in many cases, planning can only begin after 30 years due to rest and reverence periods.

What remains after this transformation? What is its legacy? How can something new and hopeful emerge from pain that still honors the past and avoids it falling into oblivion? 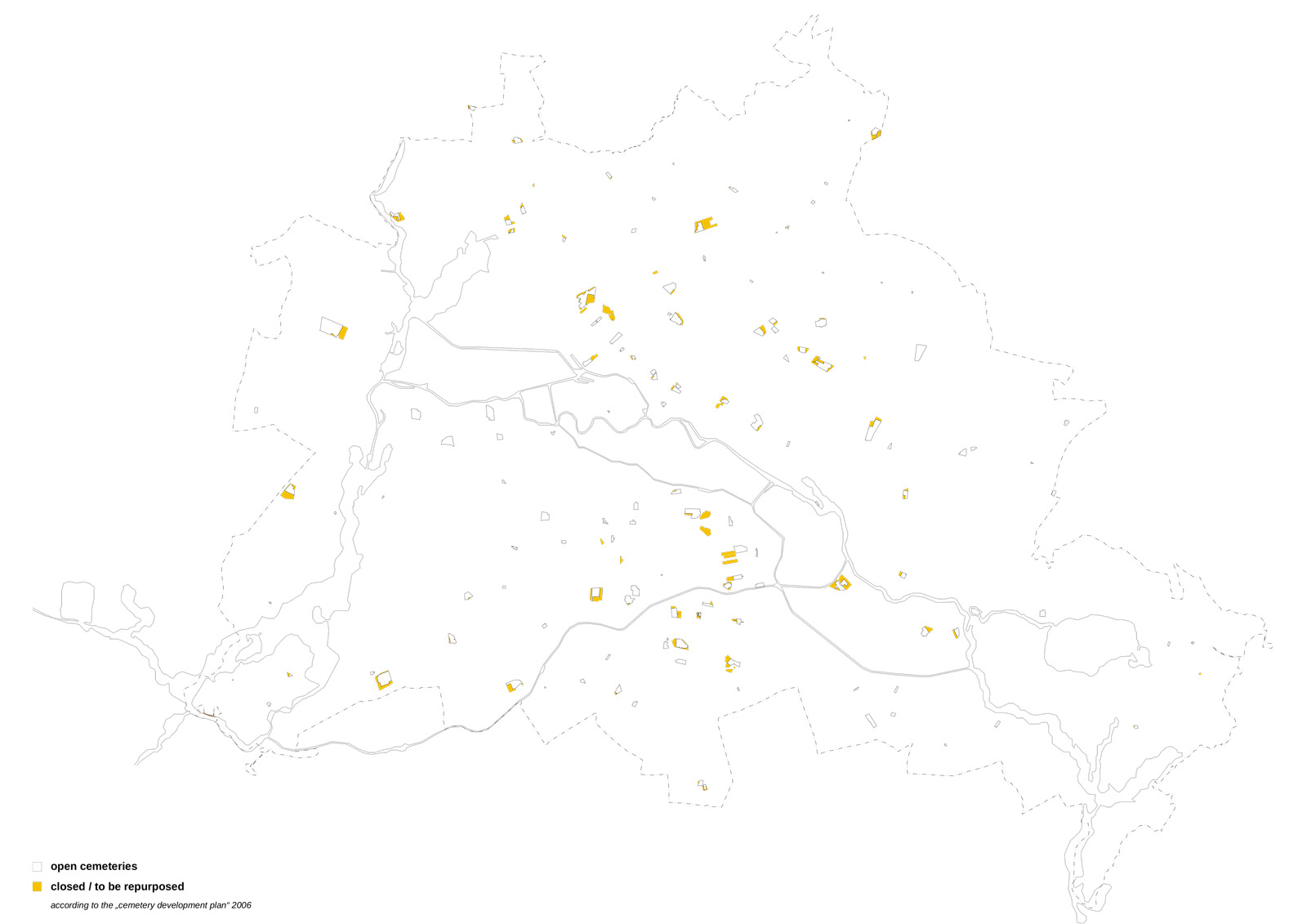 Titel of the Image © Author

‹ #Biodiversity
› Living in the Plantationocene