A large part of Berlin’s urban development was determined by the Hobrecht Plan, drawn up in 1862. It proposed a city in harmony with its surroundings, where the city’s sewage would be used as nutrients for surrounding agricultural fields, known as Rieselfelder. Due to the ensuing changes in wastewater owing to Berlin’s growth as an industrial hub – heavy metals and chemicals entered the sewage stream and thus the Rieselfelder. They were still used for agricultural production in GDR times, but ceased following reunification. Today the fields are used as a nature reserve and as space for leisure. Some of the land has been converted for building use, on the condition that developments help decontaminate the earth.

StadtGut Blankenfelde in Pankow is one such project – a cooperative which bought a historic farm from the city for €1 in 2004, on the condition that they decontaminate the land and revitalise the site, including a €6.3 million renovation of its historic buildings. Today the site is home to 100 cooperative members and various social and environmental initiatives. Also located in the Rieselfelder, just to the east of Blankenfelde, is Hobrechtsfelde, where in 2012 a social housing association bought the whole village, then in a state of decline, for €630,000. Today the village is working towards a brighter future, expanding its affordable housing offer and building community infrastructure. 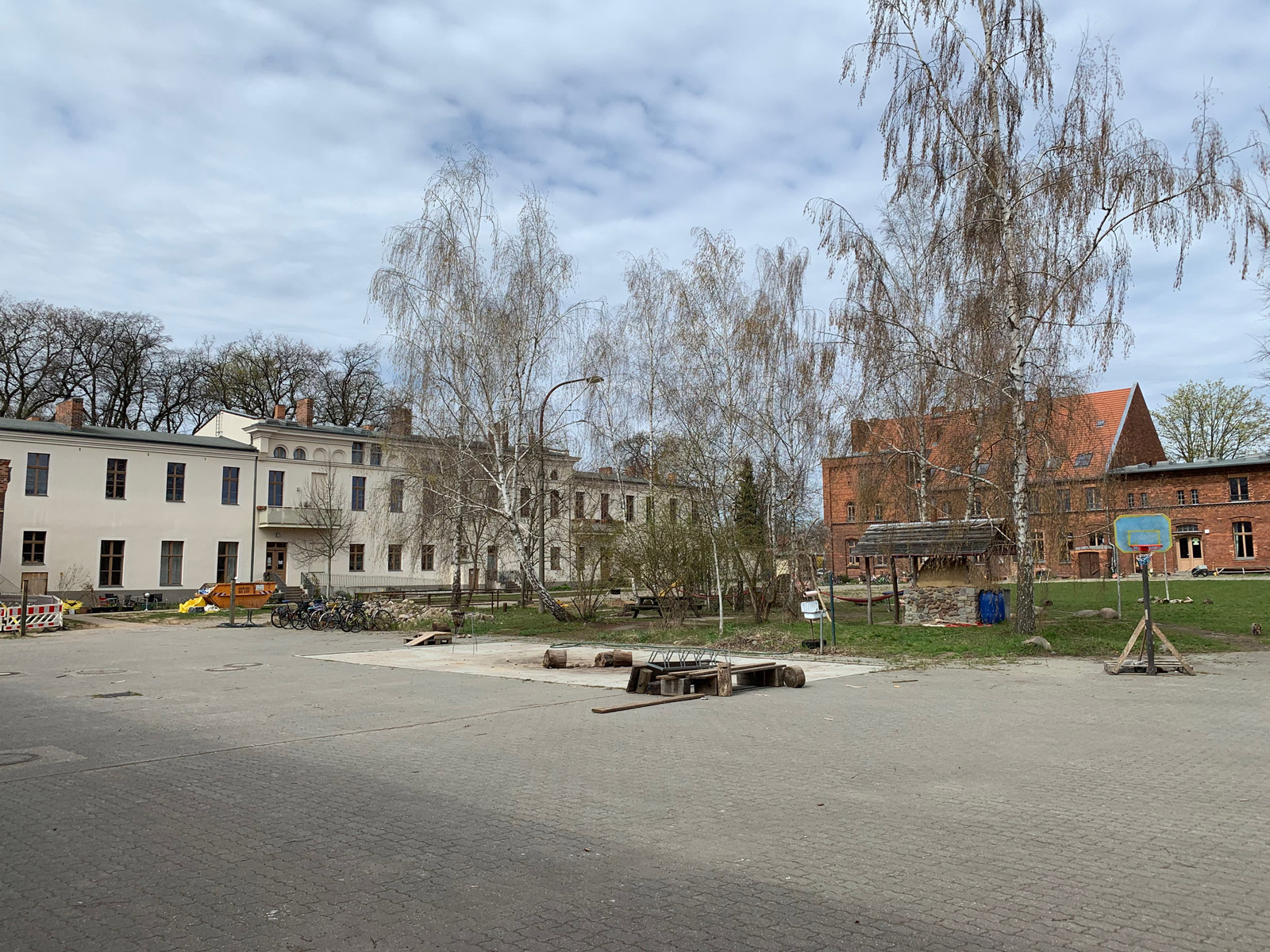