The Infrastructures of Consumerism #1 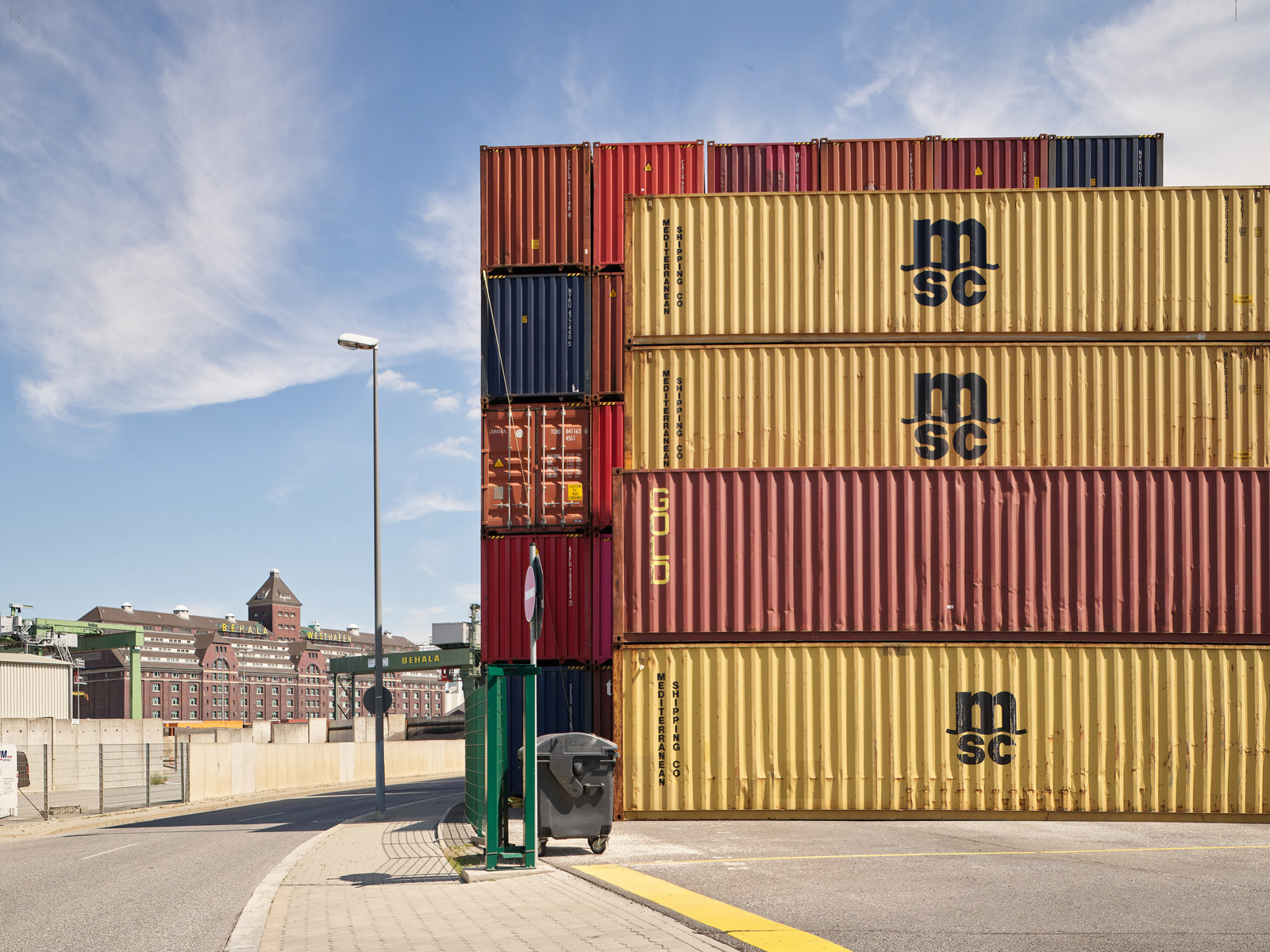 What are Infrastructures Of Consumerism?

The logistical infrastructures of our consumer society are not only changing our inner-city neighbourhoods and shopping streets but also extending the footprint of Berlin’s outer suburbs project by project, with political negotiations often short-cutting the forward planning processes. The Distribution Centre, for instance, is emerging as an extreme version of the big-box typology, another one is the container or big box warehouses. Devoid of any interface with its surroundings, they recede from view and betrays the deep and often exploitative dependence these infrastructures have on local labour, natural resources, and mobility structures.

This underlines how infrastructures of consumption are linked to and depend on local and global supply chains, also of what we call invisible labour.

Invisible Labour In Infrastructures Of Consumerism

Invisible labour in the sense that people are hidden in factories overseas, the containers and warehouses, and neglected in public space as delivery workforce who somewhat magically make your orders and packages appear in your mailbox, the downstairs store, the DHL package store in the Späti around the corner, your neighbour’s flat or in front of your apartment door. Invisible also because they work in factories overseas and at the outskirts of Berlin in almost resident-free logistical suburbs, or as producers in factories, workshops and organic farms and greenhouses in Brandenburg, but also at the local sea and river ports (e.g. Westhafen), along rail lines, and in the many warehouses that process the flows of commodities. We will also explore the sprawling logistics industry in Berlin and Brandenburg and livelihoods and infrastructures and enormous mobilities of these often precarious workers. Infrastructure makes worlds, while software developed in inner-city hip neighbourhoods coordinates and develops this type of labour.

In this studio, we consider the most emblematic images of logistics are storage and distribution. These massive big box warehouses stacked high with boxes and the thousands of human workers labouring amid a gigantic system “of steel and silicon” as only one infrastructural spatial setting in consumer society.

An object like the container or big box warehouse are thus a symbol of logistics space and two of many iconic infrastructural spaces, a cartography defined by the local and global networks of circulation that we will trace through desktop research, autoethnographic tools and methods, mapping circulations and mobilities of goods and labour.

Another newer infrastructure of consumerism that we will map and explore are the hybrid architectures of stores that used to sell different products and now distribute digitally ordered products on the neighbourhood scale, such as Spätis.

The studio „Infrastructures of Consumerism“ examines these consumerism-infrastructures from the viewpoint of the receiving real-world context. Analysis methods developed by the Habitat Unit on global flows and infrastructure will be extended to investigate the city-scaled consumerism landscape from edge to centre. Actor- and practice-based approaches help us to capture the everyday life of logistical and infrastructural workers and the flow and distribution of consumption goods (ranging from organic cucumbers from Uckermark to the newest Iphone ordered via amazon and clothes from sweatshops bought via Zalando, and eventually delivered by a drone very soon).

The Habitat Unit is a globally networked research and teaching centre developing new approaches, expertise and application-oriented tools relevant for global urbanisation and urban change processes. The Habitat Unit is committed to an inclusive and rights based approach to urban policy, urban management as well as development-oriented and actor-driven planning.

Based at the School of Architecture at the Technische Universität Berlin, the Habitat Unit promotes an extended understanding of urban and architectural design, which integrates spatial, material and cultural sensitivities with new models of participation, co-production and urban governance.